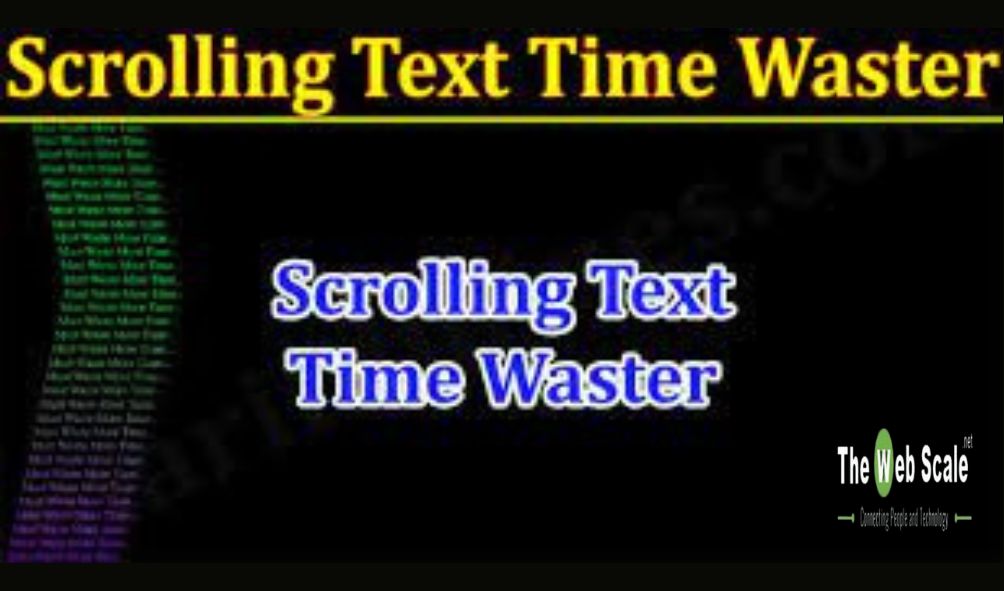 What is Patorjk’s Scrolling Time Waster?

Patorjk’s scrolling text time waster is a type of website that displays a long, scrolling block of text that scrolls across your screen. The purpose of this website is to waste time and distract you from what you should be doing.

This type of website can be found all over the internet, but the most popular example is Patorjk’s scrolling text time waster, which has been around since 2009.

The original site was created by artist Petr Novikov (aka Patorjk) in Moscow. It featured his own writing as well as quotes from other famous authors and philosophers like Nietzsche, John Cage, and Samuel Beckett.

Since then, many other people have copied Patorjk’s idea and created their own versions of scrolling text time wasters with different content than the original site.

Is Patorjk A Trustworthy Platform?

Patorjk is a website that promises users to help them pass the time. It does so by allowing users to scroll through an infinite number of images, videos, and gifs.

There are several reasons why this site could be considered trustworthy.

Patorjk offers many games including Snake, Slider, and Puzzles. It additionally has 179 methods for irritating individuals and Arial ASCII Art with Scrolling Text Time Waster. This is the most well-known action. It likewise offers perceptions, for example, Space Dust and Nutrition Calculator, Game of Throne Character Appearance, Computer Science Salaries, and Computer Science Salaries. Its Scrolling text I Love You To action is the most famous.

These applications are accessible on the authority entryway of Patorjk:

Overall, Patorjk Scrolling Text Time Waster is a time waster that gives you a lot of options to customize your time-wasting experience. It’s very accessible, and the interface is straightforward, but there are still enough features on hand to please most users. Give it a try!

If you’re a fan of the site, is it worth acquiring for your own use? As far as simply watching the scrolling text goes, yes. It’s a mesmerizing experience to sit back, drink some tea/coffee, and watch it go.