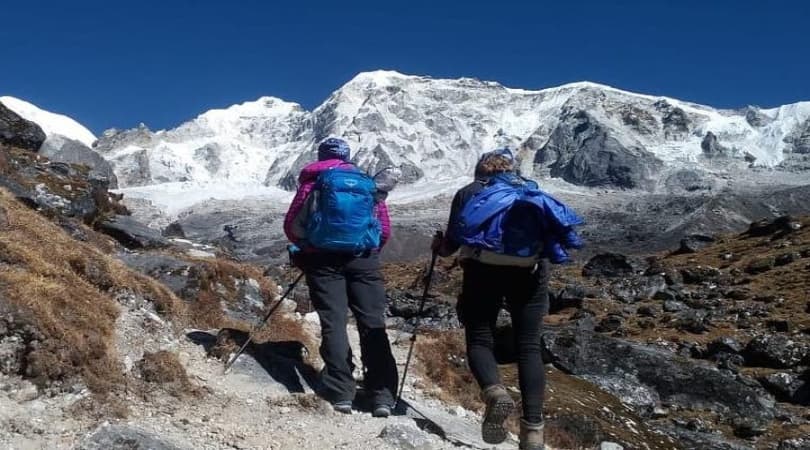 India has incredible geography, with various landforms scattered across the vast region – plains, plateau, islands, hills, mountains, ghats, and deserts. Northern India mostly consists of the Himalayas and the Indus-Gangetic belt, ranging from the states of Sikkim to Jammu and Kashmir.

The Himalayas make for the best trekking in North India. Read on to find out more.

Located in the Chamoli district of the state of Uttarakhand along the Himalayan mountains, it is a hill station. Rest assured, you will experience the best summer treks in India. The name “Auli” means “meadows”, due to its topography. When it was originally developed, it was a paramilitary base.

From Auli, you can go on a trek to Himalayan peaks, such as Nanda Devi, Kamat, Mana Parvat, and Dunagiri. In winter, this trekking trail is laden with snow; in summer, it is covered with lush alpine meadows.

Nearest airport: Dehradun’s Jolly Grant Airport is the closest Auli, 20 km away. From here, you can take a cab to Auli.

Known as Gulmarag in Kashmiri – literally meaning “meadow of flowers” – is a hill station and a popular skiing destination in India, in the Pir Parang range, in the region of Jammu and Kashmir. It was originally called Gauri Marg (meaning, “the path of Devi Gauri”); Yousuf Shah of the Chak Dynasty changed its name to Gulmarg in the 1500s CE.

It is situated at a height of 2,730 meters above sea level.

There are one-day treks from Gulmarg you can go on: to Khilanmarg, to Alpathar Lake, and to Drung.

Nearest airport: The closest airport to Gulmarg is in Srinagar, 56 kilometers away. It is well connected several important and major cities in India, such as Delhi, Mumbai, and Amritsar.

Nearest station: Jammu is the closest railway station, some 290 km away. It is well connected with great cities in India by trains such as Jammu Rajdhani, Himgiri Express, Swarak Express, Andaman Express, and Himsagar Express, from as far in the country as Trivandrum city.

Gangotri is a town in the state of Uttarakhand, a Hindu pilgrimage center on the banks of the Bhagirathi River, the origin of the Ganga.

Here, the Gomukh Tapovan Trek is the most sought-after excursion. It begins from Gangotri in Uttarakhand, passes through the Gangotri National Park, Gaumukh, Tapovan, and back again. It is only a moderately difficult that can be attempted by beginners, as well. It is one of the most rewarding treks you will ever experience.

Nearest airport: The airport nearest to Gangotri is the Jolly Grant Airport, about 250 km. It is well connected to with daily flights coming in from Dehradun.

Nearest station: The nearest railway station to Gangotri is in Rishikesh, 234 km away. It is well connected with the major destinations in India. Also, trains from Rishikesh to Gangotri very frequent.

Aritar is situated near Lungchuk Valley in the state of Sikkim, known for both its natural and landscaped beauty. It is located at the edge of the Himalayas and hence, a great place for trekking.

From here, you can trek to either of Phushrey Lake, Pangolakha, and Rachela. On the way, you will see some great scenic beauty and charming lakes and rivers, where you can stop to take photographs.

Nearest airport: The Bagdogra Airport is the one nearest to Aritar, around 110 km away. You can catch any of the regular flights from Mumbai, Delhi, and Kolkata.

Nearest station: Not many buses go from New Jalpaiguri to Aritar. But there are buses that travel from Siliguri to Gangtok. From Gangtok, you can recruit a vehicle or jeep to arrive at Aritar.

Located in Chamoli in the state of Uttarakhand, the Valley of Flowers is in fact a national park of scenic beauty that graces the Western Himalayas. It was discovered by the mountaineer, Frank S Smith, in the year 1931 and today, it is a World Heritage Site for its wild untamed sprouts encompassed by white pinnacles. Traveling here is suitable for nature lovers and intrepid travelers.

The trek begins at Govind Ghat, past the Alaknanda River across the hanging bridge; it is a trail of 7 km to the Valley of Flowers. On the way, you can feast your eyes on the absolute beauty of this valley.

Nearest station: The nearest railway station is Rishikesh, which has a well-connected railway network with major destinations in India.

Book your flights to Kolkata from USA now, only with Indian Eagle. Get ready for trekking in north India!